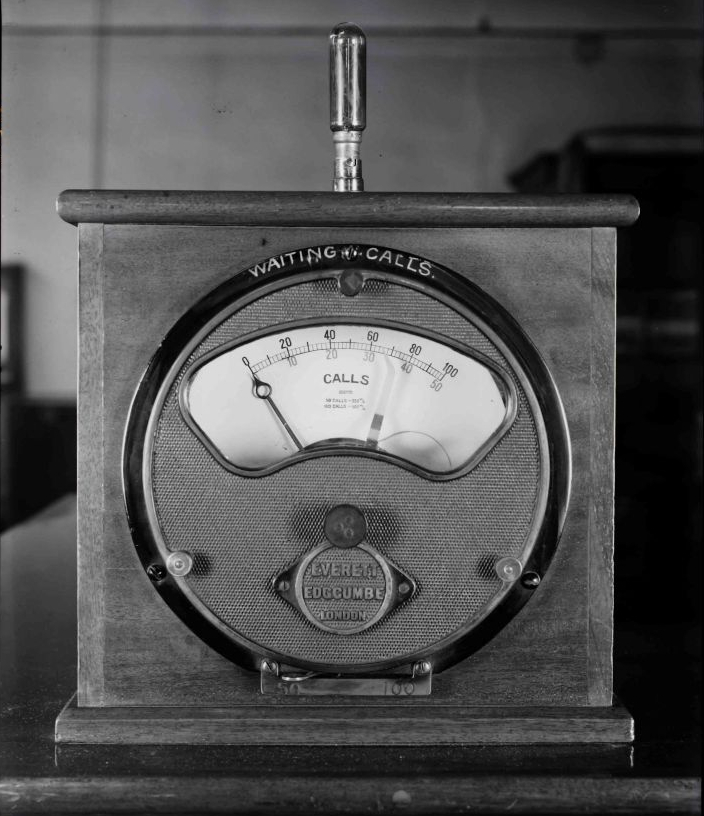 268-270 High Holborn is an unassuming building, ignored by countless Londoners since it was built almost a century ago. Few hurrying past in the 1920s and ’30s would have guessed it housed central London’s foremost telecommunications hub.

But to those who chart the wayward history of London’s anchoring in space and time, 268-270 High Holborn is as famous as they come. Behind the Portland stone facade, an event occurred that threatened the complete unravelling of the city’s temporal fabric: The Holborn Telephone Exchange Crisis.

At two minutes to midnight on Saturday, 12th November, 1927, a team of operators at the Holborn Telephone Exchange stepped back from their switchboards, held hands and sang Auld Lang Syne. The era of manually connecting every call was coming to an end. At midnight, the system was cut to automatic.

A small team remained on site to ensure the cross over. This being mainly a business network, Sunday was slow. The trickle of calls connected smoothly, brand new racks of automated selectors click-clacking efficiently as they ratcheted each step of a dialled command.

By mid Monday morning, things were getting strange.

The log kept by the team’s supervisor, Felicity Clarence – one of two heroines of the day – makes curious reading.

At around 10am, engineers monitoring the power room noted instruments behaving erratically. Meanwhile, staff on the exchange floors reported weird noises and voice-like patterns within the metallic hum and clatter of the selectors. One described the machines as ‘whispering’.

Several women were sat at the manual switchboards, listening to unusual sounds and tones as the lines connected. At 10.47am an operator screamed and threw down her headphones. She refused to return to the switchboard.

But it is in the log of manual calls (handled by operators when automatic connection failed) that we discern the first real signs of trouble:

Not much in itself, but similar calls soon came faster than they could be logged.

It took Josephine Crane, a diligent and experienced operator, intimate with the schedules of the network’s users – and, crucially, sensitive to London’s eldritch ways – to discern what was happening:

The calls were dislocated in time.

We emailed Susan Macks, Professor of Gateways and the Multiverse at the University of Connecticut, for an explanation:

“Client X picks up his phone at some future time, say November 16th. But his line is connected via our girls on Monday 14th. Holborn then connects the call to Business Y on the previous Wednesday, November 9th. Voila. Two tangled timelines, both entwined with our own”

Holborn Exchange is the nexus, a conduit linking separate timelines. But once made, a loop exists outside the exchange, in the wider city – or cities.

In Macks’ words: “A nest of threeway mindfucks with the potential to tear apart everything… we really don’t want to find out what happens if multiple points within the spacetime locus we call London become para-concurrently meta-located within (and without) other timelines”

As if to confirm the problem’s complex nature, our heroines quickly reached opposing solutions.

For Felicity, it was simple. Head to the power room and shut the entire system down. Josephine strongly disagreed.

Josephine saw that each new timeline would have its own Holborn Telephone Exchange. What if they were compromised? Cutting power risked trapping our timeline in an eddy, vulnerable to limitless cycles of multiplying paradoxes, with no means of countering them.

Thankfully, Felicity gave way. She and Josephine now turned to stemming the flow of anomalies.

The noise on the exchange floor must have been deafening. The selectors, usually expected to handle 60-70 calls an hour, were trying to connect hundreds. Junking the usual decorum of the switch room, the two women established crisis footing, directing panic in the team into fevered efficiency.

A store of portable switchboards was raided, engineers helping to connect the units to a loop of telephones to create a ‘call reservoir’. This in turn was wired to the selectors at one end, and the Holborn office telephones at the other.

The plan was twofold: isolate any dislocated calls, and pin down the selectors to our time, rack by rack.

Each incoming call was intercepted. The caller was politely asked the time and date. (It is testament to the quiet authority of the telephone operator that they could trust an instant and accurate reply).

Dislocated calls were syphoned to the reservoir, legitimate calls connected to the Holborn telephones. Another operator answered these calls, ticked the number off a list, and blocked it from re-connecting to the exchange.

This went on for as long as it took for the targeted rack of selectors to dial out its residual calls. Once a rack was ‘clean’, it was shut down, and the team moved on to the next one.

It was painstaking, but in time the floors grew quieter, the waiting calls signals died down, the strange sounds and tones – almost background noise by now – began to fade.

Once the final rack was silent, there was nothing to do but shut power to the reservoir, cutting adrift the compromised lines. Then, with prayers and crossed fingers, they restarted the system.

By 10am on Tuesday, 13th November, Holborn Telephone Exchange was running on an even keel. For a further 12 hours, an exhausted team listened with relief to the normal runnings of the network.

The crisis was over.

Felicity and Josephine continued to work in telecommunications. They were colleagues at the Kingsway Exchange, a vast Cold War-era comms centre in a bunker beneath the streets of Holborn. But nothing in their careers would match the 1927 crisis.

The industry as a whole proved forgetful. By the electronic age of the 1970s, exchanges such as London’s Mondial House – then Europe’s largest – were updating failsafes with no recollection of the strange events that ushered them in the first place.

What should we take from the crisis today? There are many unanswered questions. What caused the phenomenon? Was it a chance occurrence… or an attack? Professor Macks has her theories. She would love to hear wire recordings of the strange sounds reported that day. We know they were made, we don’t know where they are.

It is possible they lie forgotten at the back of a shelf at the British Telecommunications archive, currently housed in the former telephone exchange, 268-270 High Holborn.