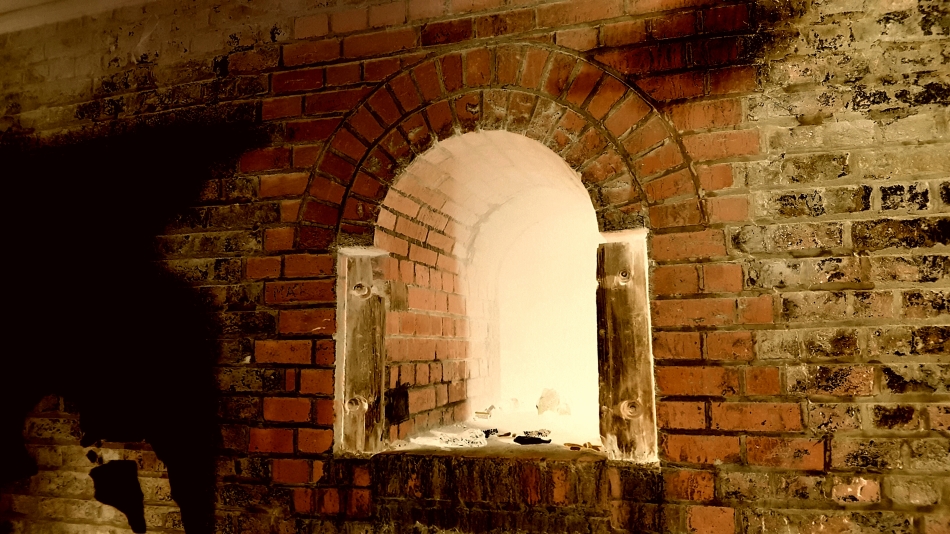 “The starry mills of Satan are built beneath the earth and waters of the mundane shell”.

Matthew Lindon eyes me over his omelette and chips.

“That was another one of Stewart’s things, the poetry. He’d launch into it on tea breaks. All sorts, but William Blake, mainly. Dark Satanic Mills and all that. He was proud of Blake’s connection to Lambeth”

Matthew speaks often of Stewart, chief mechanic – and, the way Matthew tells it, guardian spirit – at the small metal-pressing workshop under the arches of Waterloo station, where Matthew worked as a young man.

As well as poetry, Matthew says, Stewart was full of stories. “Some true, some bollocks, some somewhere in between”.

One was that their archway was once a store for London’s dead – a waiting room for bodies destined for the corpse trains of the Necropolis Railway. Another told of a hermit who kept a cave-like home somewhere in the labyrinth of tunnels, left alone by railway staff.

But there was another, still stranger story.

Stewart would lean in close and tell Matthew of how, many years ago, he had glimpsed – somewhere beneath a grate, or beyond a crumbling wall, or within some dark recess – an opening to a strange, hell-like dimension, an industrial otherworld of endless, grinding machinery.

We are just behind the station, in the last greasy spoon left standing among the fusion street-food outlets and craft coffee places along the old market street known as Lower Marsh. “Waterloo was nothing but marshes in Blake’s day, as Stewart would tell you. If the station wasn’t raised on arches, the whole thing would sink into the mire”.

Matthew is supposed to be walking me around the undercrofts and hidden tunnels. But he seems to be putting this off, wringing every last minute out of our late breakfast, and every last memory from his time at the ‘miraculous little workshop’ he once worked at.

“How the gaffer kept things going I don’t know. He was mates with the railway guys, I think. Didn’t seem to pay any rent. I don’t think many people knew we were there. Despite the noise”.

The ‘noise’ came from three pedal-operated electric-hydraulic presses, shaping metal near continuously for 8 hours a day. “There was a nice kind of equilibrium, for a while. Gaff in his booth with his paperwork. Me and couple of others working the machines, ear defenders on”.

And Stewart, eyes sparkling, overalls slick with grease, flitting from machine to machine, with a wrench in one hand and oil can in the other.

“That’s what made me grow apart from Stewart. Him and those machines. I’d catch him whispering to them sometimes. Freaked me out after a while”.

But in the evening, in the quiet of the shop, as the things stood there – huge and looming in the twilight – Matthew admits there was something about them. A presence. 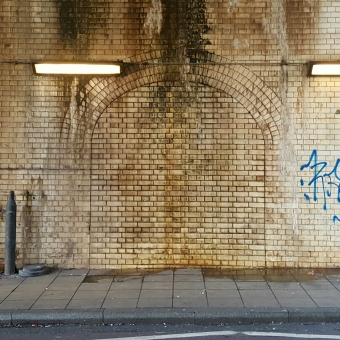 Matthew started leaving early, avoiding being left with Stewart and the machines. Avoiding the subject he knew Stewart would raise. “He got more and more obsessed with this place he’d seen. Haunted, I’d say. Said he still searched for the – the rift he called it”.

But Stewart had never found it again. And he began to get the idea that he was too old, somehow. That because Matthew was young as Stewart had been, perhaps he could help find it. “From the way he described it, God knows why he wanted to”.

Matthew avoided Stewart, and things carried on for a while.

Then the accidents began.

A series of failings in the presses’ safety mechanisms. A few near misses: bad cuts from flying metal that should have been stopped by the steel guard. And then worse. A man’s hand got in where it shouldn’t. “Crushed all four of fingers. Funny way to request early retirement, as someone put it. And after that – “.

But Matthew trails off. I sense there’a part of the story he isn’t yet ready to tell. He drains his tea and we finally make it out into the streets.

Matthew says he can’t remember exactly which set of arches the press shop was under. There are half-forgotten railway storerooms behind peeling-paint doors, passageways you’d need a torch and a hardhat for, arches bricked up entirely. And then there are bars, performance spaces, theatre companies.

As we walk, Matthew brightens, and a free-flow of associations fills the air between us: pints bought with pence, a 7-inch of Waterloo Sunset, a girl he used to meet for sandwiches by the river. 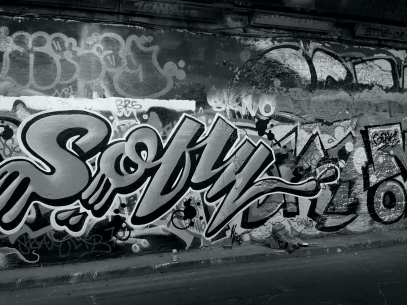 Then we stop. We’re in a tunnel filled with a wash of sound made from hip-hop from speakers in the ‘legal-graffiti’ arches of Leake Street, and the drills of construction workers turning nearby arches into new restaurants and event spaces. This isn’t the Waterloo Matthew remembers. But he seems to approve of the noise.

And it’s here that it finally spills out.

“This lad started, a school leaver, few years younger than me. Stewart takes him under his wing, of course. Whispering in his ear the way he used to with me. One day the lad didn’t turn up for work. His Mum worried sick – he hadn’t turned up at home either. They found him a few weeks later – found his body, anyway. 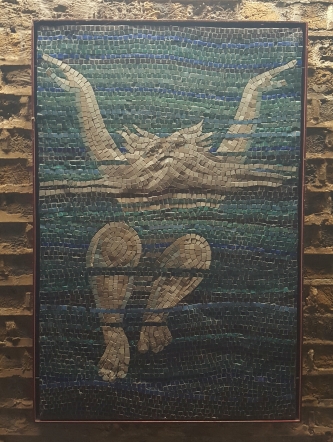 What Stewart knew of it Matthew never found out. The mechanic never returned to the workshop.

“Gaff saw him once, I think. A shell of a man, is all he would say. None of us suspected him or that. We’d all been questioned. Like I say, they couldn’t explain how a person could even do that, let alone prove that anyone had”.

The business didn’t last much longer. Matthew learned the Knowledge, and spent a career “praying the fare doesn’t want Waterloo”.

We walk out from under the arches, past the construction workers, past Upper Marsh. And then back under, to where we part company beside a series of mosaics depicting Blake’s paintings and poetry – Dark Satanic Mills and all that.

“When the factories came it must have seemed like they would be here forever”, says Matthew.

“But it’ll all be marsh again some day”

2 comments on “Starry mills of Satan: The Waterloo Arches Rift”