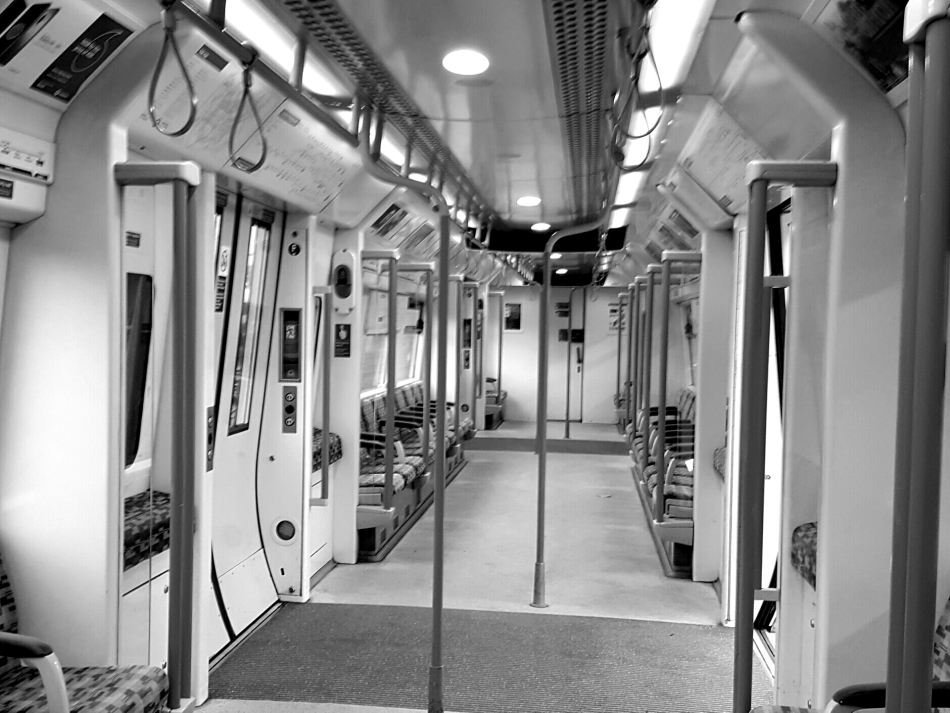 Recently a post did the rounds on social media. Its author declined to discuss it, but gave permission for us to reproduce it here. We do so unedited:

So a fucking weird and scary thing just happened on the overground. I’m home now, I’m fine, shaking as I type this but housemate’s making me a cup of tea so don’t panic I’m fine but just listen to this. I’m not making this up (not drunk either!!) I’d been to the cinema with a mate and we said goodnight and I got the train at Shepherds’s Bush overground station. One of the last trains on a rainy weeknight so fairly quiet but a few people on it. I get on and walk up the train looking for a nice bit of space and I can see the front carriage is completely empty. Don’t feel safe in an empty carriage at night even on those open-all-the-way-down trains so I stop in the second carriage a bit closer to other people. When the train sets off there is no-one between me and the door to the driver at the front of the train. [continues below]

I put in my headphones and I’m looking in the rainy window opposite when the sound goes fuzzy and I see something out the corner of my eye, like the lights went on and off. I look towards the empty carriage and NOW IT ISN’T EMPTY There’s this THING in the aisle, on the same side of the train as me. I just catch it for a second. shaped sort of like a person but too big. Like a shadow but a shadow that’s THERE. Then the train goes round a corner and the front carriage swings round so the aisle where this thing is is out of view. And then the carriage swings back and IT IS MUCH CLOSER!!! It’s almost at the join between the carriages. The top of it reaches the ceiling. I leapt up and screamed I think. i’m backing away to where the other people are but now the thing is gone. [continues below]

Other people are just staring at me, no-one does anything to help. I walk past them heart bneating and stand by a door further down the train gripping the rail. Just staring at the front craiiage. Which stays empty but I can’t get rid the image of this thing. I can’t explain it. It’s unreal. Impossibly dark and kind of like it doesn’t fit with the space it’s in, like a CGI image or something. But it was THERE. And where the face should be – that’s going to haunt me. The only way I can explain it is like a void. But thank god the carriage stays empty until the next stop when people get on. I think of getting off the train but the useless staring people around me are kind of normal and comforting in a way. Then it’s my stop and I get off and somehow manage the walk back. Fucking hell. Don’t know how I’m going to sleep tonight. Scared of closing my eyes. I’m not drunk I’m not making this up. I’m fine everyone but fucking hell [ends]

The post attracted a lot of discussion online, becoming known as the ‘Void Face’ post. It piqued the interest of PoL, so we thought we’d look in to it, but in truth we expected little. Phenomena such as this are often isolated events.

However, a friend of ours put us in touch with someone who has – let’s just say – some knowledge of Transport For London’s CCTV records. This source told us she ‘shouldn’t be talking’. But she hopes that her account may be seen by the above post writer, and perhaps be of comfort. We have summarised the conversation below:

“The Shepherd’s Bush to Willesden Junction spectre. Know it well. Your young traveller was lucky to see it. Not many do.

It’s not entirely accurate, the name. You don’t see it station to station, quite, just for a period along that stretch. It seems to appear roughly where the train goes under the Westway and disappears again after we cross the line out of Paddington. You’re talking around three minutes. Unless the train gets held for whatever reason. It can hang around as long as you like if the train’s on that stretch. 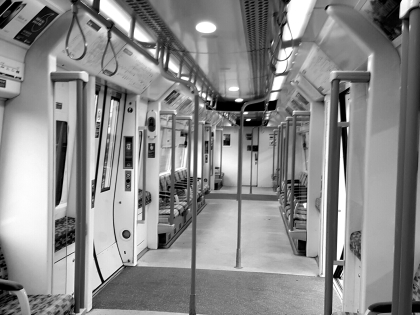 There’s a strange effect on the screen when it appears – whether that’s static on the camera or the train’s lighting we haven’t figured out yet.

No way of knowing when it will show itself, or how many days and weeks will pass between a visit. But it always comes back. Always at night, usually on a quiet train. It moves about the aisle a bit, kind of flickers on and off, flits around – though it’s doing less of that, these days. Always the front carriage – we haven’t told the drivers.

The carriage doesn’t have to be empty when it comes. It hovers near members of the public sometimes, but always keeps out of the way. You never see it pass through anyone, anything like that.

People never used to notice it. We decided it was only visible on the cameras. But just recently that’s changed. Some of them do seem to, for a moment or so. Or they look confused, like they know something’s there but they’re not sure what.

Anyway it seems harmless enough. A couple of us keep an unofficial diary, but I’m about the only one still interested, to be honest. It’s become another part of the job.

But then I think about it and think, it is a bit creepy. I mean, what is it? What does it want?”

Our source has checked the CCTV for the time that would correspond with the sighting as described in the ‘Void Face’ post. She said the passenger’s reaction was as written, and clear to see. The ‘spectre’, however, was not present on the video.

6 comments on “Beneath the overground: The Shepherd’s Bush to Willesden Junction Spectre”