These are transcripts of three recordings made within the last month. They were leaked to us by someone working for a company that logs radio traffic within the security industry. The fate of the subjects (whose names have been changed) is unknown. PoL’s attempts to follow it up with the relevant bodies and corporations have met with resistance.

The events within, to our mind, constitute convincing evidence for some manner of cross-dimensional breach. 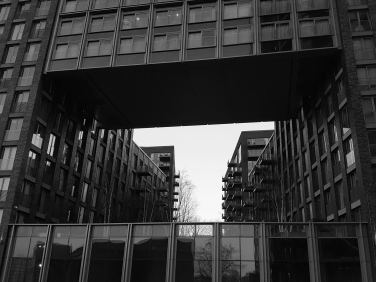 Guard One: Found anything?

Guard Two: Give us a chance

G1: How’s it looking down there?

G2: Next time you can

G1: Suits me…. Are these your Maltesers? 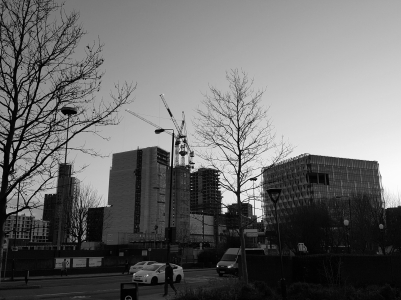 G1: What? You’ve got pockets, haven’t you? Anything left lying around the trailer is fair game

G1: Is anything down there or what?

G2: Not much. Apart from the ingress

G1: They need to get that sorted

G1: You’re not warming your soggy socks on the heater again, my nostrils can’t take it

G2: Not with you all over my frequency

G2: There’s nothing down here

G2: Weird, though. Definitely heard something

G1: Have you been up the far end? Checked every dark inaccessible corner? You can’t just swish your torch around and call that a search, you’ve got to get down on your hands and knees and get in there

G2: Nothing. Must have been a rat. Passed right by my foot

G2: What’s it going to be down here, anyway?

G1: Might look a bit different when they’ve put the dividing walls in

G2: Oh yeah. They’ll never know how creepy it was

G1: Don’t start that again. A grown man, afraid of the dark. Ever thought maybe night security isn’t the job for you?

G2: Well, there isn’t much down here

G1: You surprise me

G2: [inaudible] see it when its finished

G1: Finished? The block? They won’t finish them, mate. No-one’s buying the flats

G1: That was the first lot. The foreign billionaires have moved on now

G1: Well, they won’t get built, mate, cry about it all you like. Might be a few rich wankers knocking about down the road in their private gyms and floating pools, but this crop’ll stay like this for a while yet. Empty shells

G1: Of course, they’ll still want security at night, so suits me

G2: There is something 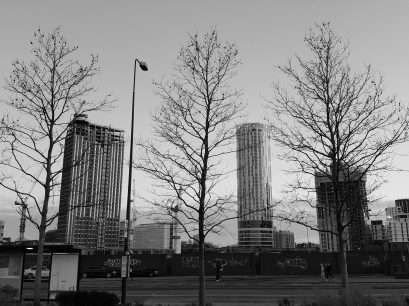 G1: A torchlight? Is someone down there?

G1: Loz? Listen, if there is someone down there then maybe you should –

G2: I’m walking towards it, but – Maybe I imagined it

G1: Imagined it? Jeez. Is this a repeat of the time you thought we were under attack by terrorists and it was scrawny teenagers making a youtube video?

G1: Look, if you want to head back for a cuppa I won’t call you a wuss. You’re freaking me out, now

G2: That light up the other end, it seemed to – maybe I’ll take a look

G1: Loz, mate, leave it. You said yourself you imagined it

G1: You’re heading back in? 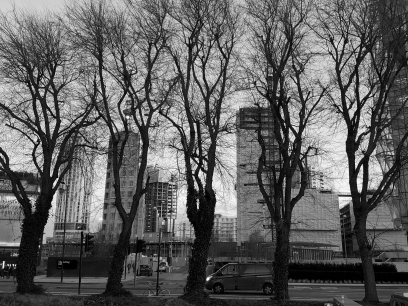 G2: There were elms, you know.

G2: Elms. Elm trees. Around here, centuries ago. Nine of them, presumably

G1: Fascinating. What made you think of that?

G2: All that water I guess

G2: See, it was all marsh round here, originally

G1: Loz. What are you gibbering on about?

G2: Maybe that’s where all the water keeps coming from

G2: From the – I don’t know, the ground water, the water table, what have you

G1: More likely to come from the sewers, given the smell

G2: Do you know there’s the timbers of a jetty up by MI6 which are six and a half thousand years old?

G1: Blimey, you’re a font of enlightenment this morning

G2: Just trying to keep you company. I know how spooky it is down there

G2: Is the water moving?

[static appears on the line]

G2: Pretty weird, either way. How did that get in? 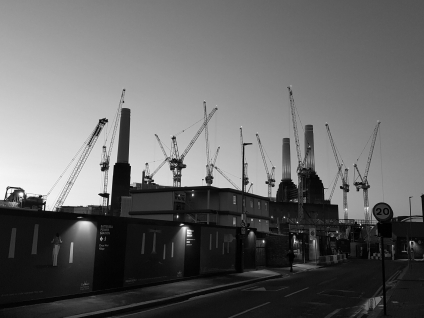 G2: You seen enough yet?

G1:  -ot sure now. There was –teen floors of plastic wra-[inaudible] a gale above our head-

G2: I don’t know what it is. I hoped I imagined it. Maybe get out now, Col

[From here heavy static covers Guard One’s end of the line, his words hard to discern]